Australian researchers will test a vaccine used to treat tuberculosis, BCG, in healthcare professionals infected with Covid-19. In Europe, several countries follow the same path and believe that this can be an important weapon in the fight against the new coronavirus.

"Although it was originally developed to treat tuberculosis and is still administered to more than 130 million babies annually, BCG (Bacillus de Calmette-Guérin) also increases the consumption of basic immune substances in the body," explained one of the researchers from the Murdoch Institute in Melbourne to justify the experience with healthcare professionals.

Speaking to Agência France Presse, the leader of the research team, Nigel Curtis, explained that if BCG acts as expected, there will be "a reduction in the frequency and severity of symptoms" for Covid-19 in healthcare professionals who are infected .

The clinical trial will involve about 4,000 health professionals in Australian hospitals to verify the ability of this vaccine to reduce the symptoms of the disease caused by SARS-CoV-2. Tests that will be done in other countries, such as Germany or the United Kingdom. The Netherlands plans to move forward this week with the vaccination of around 1,000 doctors and nurses.

"They are going to test whether a centuries-old vaccine against tuberculosis (TB), a bacterial disease, can accelerate the human immune system in a broad way, allowing to better fight the virus that causes Covid-19 disease and, perhaps, to prevent infection" , wrote on March 23, Jop de Vrieze, a Dutch science journalist who is also a doctor and researcher.

Vaccination is quite common in Brazil, which still applies BCG

But there are those who believe that the BCG vaccine is a protection that millions of people already have, a weapon inoculated in the first days of life, in the last 100 years. "A few days ago, a map of Germany was published, detailing the development of Covid-19 and there is a significant difference between former East Germany and former West Germany," noted Lyubima Despotova, president of the Bulgarian Society for Continuing and Palliative Care .

"East Germany is up to three times less affected. And, again, there is a coincidence between the massive use of BCG in the former East Germany, the former GDR, and Federal Germany that, in the nineties, stopped applying it" , Despotova added, referring to a correlation between the existence of more cases in countries where BCG has been abandoned or has never been generalized.

(57176)
$79.99 (as of June 6, 2020 - More infoProduct prices and availability are accurate as of the date/time indicated and are subject to change. Any price and availability information displayed on [relevant Amazon Site(s), as applicable] at the time of purchase will apply to the purchase of this product.)

"Countries that abandoned the tuberculosis vaccine (BCG) decades ago are currently in the midst of an epidemic and are severely affected," added Despotova, speaking to Bulgarian National Radio, and reproduced by the TSF.

The USA, that recorded a record of deaths in 24 hours, 1169, at a time when they already count more than 240 thousand infected, never used the BCG vaccine in a general way. "The same is true for Spain, which is severely affected, while neighboring Portugal vaccinates its children from birth to 12 years of age. And that is the difference", adds the Bulgarian researcher.

The progression curve for Covid-19 is less pronounced in Portugal than in other countries. Because the country looked at Italy and Spain and acted earlier, imposing measures of restriction and social distance, it closed schools and universities and had more time to prepare. 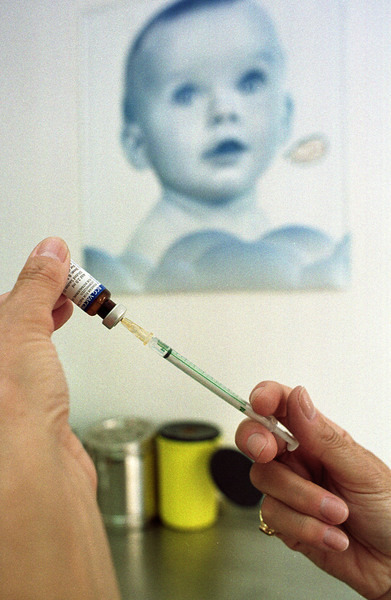 (15618)
$19.00 (as of June 6, 2020 - More infoProduct prices and availability are accurate as of the date/time indicated and are subject to change. Any price and availability information displayed on [relevant Amazon Site(s), as applicable] at the time of purchase will apply to the purchase of this product.)

However, Despotova believes that BCG, included from the first moment in the National Vaccination Plan, created in 1965, and withdrawn in 2017, is one of the factors that helps to flatten the curve.

For 52 years, the overwhelming majority of Portuguese were inoculated with BCG, a vaccine administered in a single dose, to newborn babies, preferably before leaving the maternity ward, provided they were over two kilos in weight.

"One dose is enough to provide protection," say the DGS guidelines, which are still available on the website of the Directorate-General for Health, although BCG is no longer part of the PNV. According to this guide, tuberculosis usually affects the lungs but can have any other location.

(5310)
$10.00 (as of June 6, 2020 - More infoProduct prices and availability are accurate as of the date/time indicated and are subject to change. Any price and availability information displayed on [relevant Amazon Site(s), as applicable] at the time of purchase will apply to the purchase of this product.)

Tuberculosis, a respiratory infection, has symptoms very similar to Covid-19. In another, the main symptom is cough, but tiredness, fever or chest pain can also be manifested.

The big difference is that tuberculosis is of bacterial origin, it is fought with antibiotics; Covid-19 is viral, has no treatment for now. Although there are some drugs in development, one of which is already in testing and with promising results, the greatest hope for humanity's fight against Sars-Cov-2 is a vaccine, to be tried, created, tested in several countries around the world.

But there is an old one, over 100 years old, that can be an important help while Science, which works together as perhaps never seen before, is unable to get a vaccine to the market.

An article published in the scientific journal Science says that BCG "can increase the immune system's ability to fight pathogens other than TB bacteria, according to clinical and observational studies published several decades ago by Danish researchers Peter Aaby and Christine Stabell Benn ".

(2907)
$2.64 (as of June 6, 2020 - More infoProduct prices and availability are accurate as of the date/time indicated and are subject to change. Any price and availability information displayed on [relevant Amazon Site(s), as applicable] at the time of purchase will apply to the purchase of this product.)

The pair of scientists, who run the Bandim health project in Guinea-Bissau, where they live and work, concluded that the BCG vaccine prevents about 30% of infections by any known pathogen, including viruses, in the first year after being administered .

And is it worth it to vaccinate the elderly and those who have not been vaccinated?

"The BCG vaccine, administered after birth, can prevent the most serious forms of the disease", can be read on the DGS website. "Vaccination of newborns can protect them against tuberculous meningitis. It can also protect children under five from other severe forms of tuberculosis. After 12 months of age, the protection that the vaccine provides is variable and less effective, "reads the document.

But Despotova is willing to challenge the odds listed by DGS. If the BCG vaccine is proven to be effective in the fight against Covid-19, that Bulgarian specialist defends the vaccination of people, regardless of age and the recommendations of national health authorities, whose guidelines, in some cases, may be almost as old like the century-old vaccine. 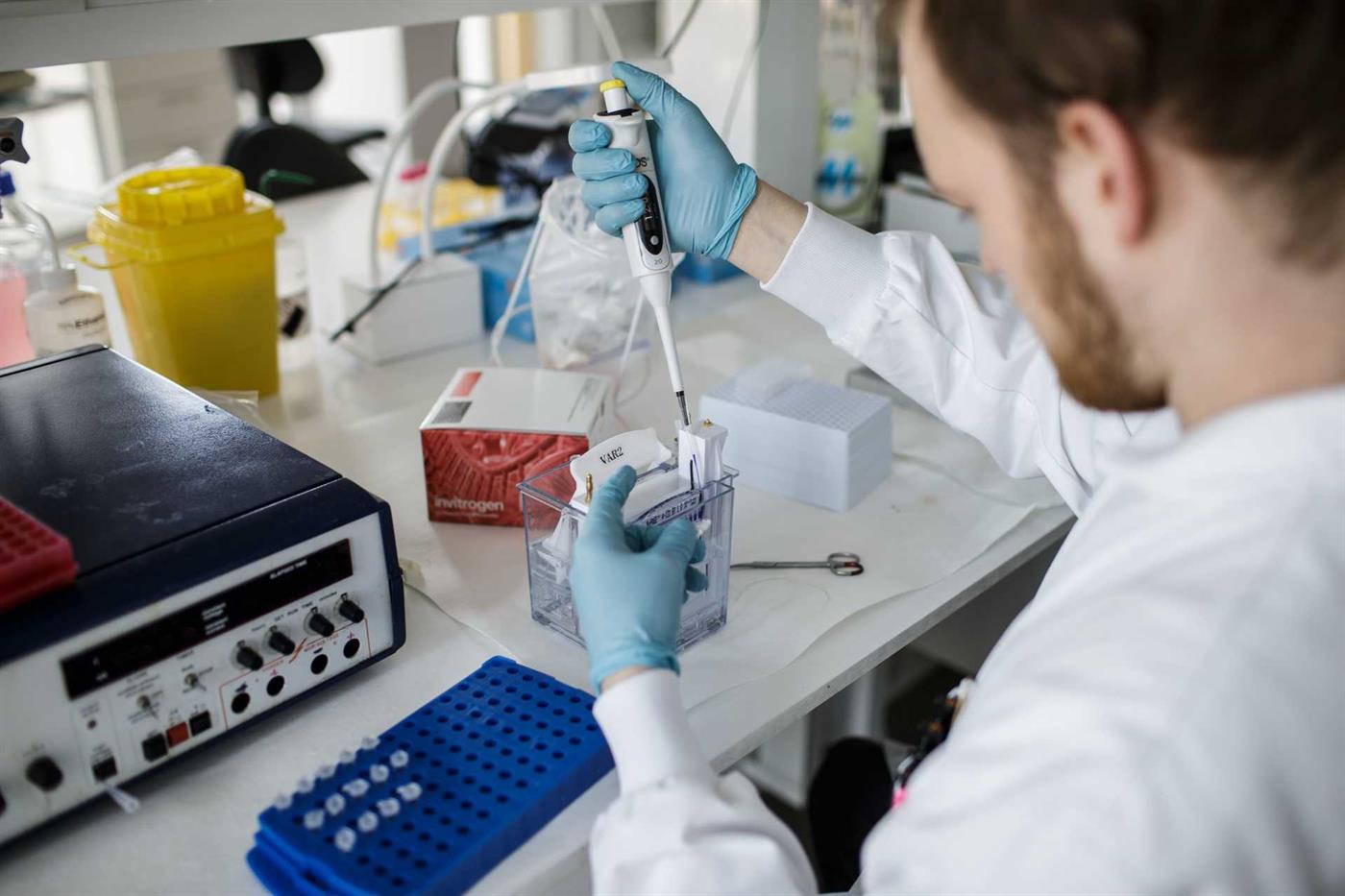 (1631)
$79.99 (as of June 6, 2020 - More infoProduct prices and availability are accurate as of the date/time indicated and are subject to change. Any price and availability information displayed on [relevant Amazon Site(s), as applicable] at the time of purchase will apply to the purchase of this product.)

How BCG can train the immune system to fight Covid-19

When a pathogen enters the body, white blood cells, our first and innate line of defense, attack and are able to deal with 99% of infections. In case they fail, the "adaptive" cells of the immune system, the T cells and the producers of B antibodies, join the battle.

When the pathogen is eliminated, a small portion of the invading cells are transformed into memory cells that will accelerate the production of T and B cells, preparing the immune system for a faster reaction to a new attack by the same pathogen.

(25009)
$5.95 (as of June 6, 2020 - More infoProduct prices and availability are accurate as of the date/time indicated and are subject to change. Any price and availability information displayed on [relevant Amazon Site(s), as applicable] at the time of purchase will apply to the purchase of this product.)

Romanian Mihai Netea, an infectious disease specialist at the Radboud University Medical Center in the Netherlands, found that BCG not only activates mycobacterial B and T cells but also stimulates innate cells for a longer period.

"Immune training", defines Netea, who together with Evangelos Giamarellos, from the University of Athens, Greece, is developing an investigation to see if BCG can increase resistance to infections in elderly people.

Eleanor Fish, an immunologist at the University of Toronto, Canada, says the vaccine is unlikely to eliminate infections caused by the new coronavirus, but that it will certainly have an impact on diminishing the effects of Sars-Cov-2 on people.

Fish says that if she could, she would be vaccinated with BCG, but expresses reservations about the way the Netea study is being conducted, which will administer placebo to some and vaccine to others, in order to compare results.

The vaccine leaves a mark on the arm, for life, and to prevent those taking the placebo from realizing it, the "inoculation" site will be covered for the duration of the trial. But everyone is unlikely to resist lurking and that could compromise the results, says Fish.

(91)
$9.99 (as of June 6, 2020 - More infoProduct prices and availability are accurate as of the date/time indicated and are subject to change. Any price and availability information displayed on [relevant Amazon Site(s), as applicable] at the time of purchase will apply to the purchase of this product.)

Three arrested for suspension of service...

Netherlands slaughter thousands of mink because...