Home world What businesses can learn from the arts

What businesses can learn from the arts 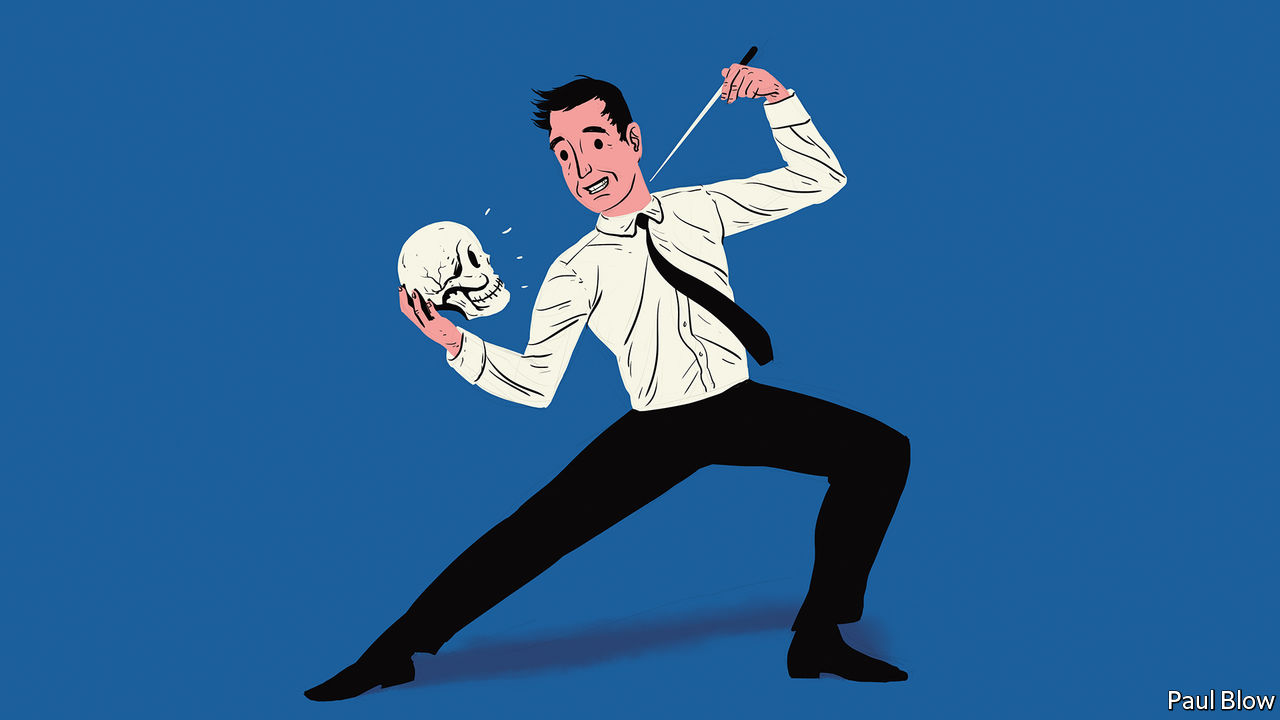 IMAGE A lecture session at a business school and you probably imagine students looking at screens full of equations and acronyms. What you can't expect are the choir singers trying to sing "The Clapping", an eight-part hymn composed by Orlando Gibbons and first introduced in 1622. But Bartleby was treated with that pleasure, and others facing MBA students, on a visit to Saïd Business School in Oxford earlier this year.

There was a problem. Some of the students had to try to conduct the choir. The first to accept the challenge was a fairly self-confident young man from America. It didn't take long for him to go wrong. His most obvious mistake was to start conducting without asking the singers how they would like to be directed, although they had the experience and he was a complete tyrant.

The experience was undoubtedly a punishment, but also instructive. The session, hosted by Pegram Harrison, a senior member of entrepreneurship, skillfully allowed students to absorb some important leadership lessons. For example, leaders should listen to their teams, especially when their colleagues have specialized knowledge. All they have to do as drivers is set the pace and then back off and let the group rule themselves.

It was also noticeable that the choir was doing reasonably well, even though the conductors were merely waving their batons indeterminately. The lesson, according to Harrison, is that leaders can do so much damage – as long as they don't try to control every step of the process. The whole exercise illustrated that it is possible for a lesson to be both instructive and entertaining.

Other business schools have also realized that their students can learn from the arts. At Carnegie Mellon University in Pittsburgh, Leanne Meyer introduced a leadership training program that includes poetry, art facilities, and a book club. Engaging in such activities can help develop empathy for future leaders, she argues; For example, reading a novel helps students get into a character's mind. She also believes the program benefits students in terms of how they promote themselves to recruiters.

Not surprisingly, art-based programs are popular. They provide a welcome diversion from the heavy content that marks most MBA courses. But are they really useful? Interestingly, there are signs that successful companies are incorporating the arts into their training. AQR, a fund management group best known for its number processing skills, has started a professional and personal growth program called Quanta Academy; One component is a book club where members read "Destined for War," a book about Graham Allison's American-Chinese relations.

Instead of turning the pages, some business people step on the panels. The Royal Academy of Dramatic Art (RADA) has trained many great actors such as Sir Anthony Hopkins, Alan Rickman and Phoebe Waller-Bridge. It also offers executive training courses, ranging from half a day to six days.

"Acting is finding the truth in the character and in yourself," says Charlie Walker-Wise, one of RADA's tutors. “We help people become more aware of their habits; what they do without realizing it. How people manage their physicality – their breathing, their voice. Many people do not know how they come across. "

It may seem odd to link running a business to a profession ranging from Laurence Olivier, proclaiming Hamlet's soliloquy, to Robert de Niro's training as a boxer to lead the movie "Raging Bull." But Walker-Wise says mid-level managers often make speeches that are not their own (because they were created by headquarters) or try to inspire the team to achieve a goal that was set by someone else. "The lesson of acting is how I connect to this message without betraying my own personality," he argues.

Being a manager involves much more than just setting goals and entering numbers in a spreadsheet. It requires empathy and understanding of human nature. It makes sense that an education in the arts can help develop these qualities. Above all, the students at Harrison's Saïd school were experiencing something that Bartleby never expected to see in the participants of an MBA class: they were having fun.

This article was published in the Business section of the print edition, under the title "What Business Can Learn from the Arts."